Only one of these kids is legal. Probably.

The Chinese. Again. this time it’s to take a closer look at their birth control policy and what unforseen effects its having on the land of illegally copied goods.  Ironic really. They stop you reproducing kids, but reproduce a designer handbag, or a car, and you can knock yourself out, mate – make a million of ’em! So take a listen to my rant from the weekend where I have a go at our epicanthically-folded friends!  There’s also a song “Just one more”. Just Click on the player at the foot of this post.  You can also listen live to Bayradio by clicking on the listen live icon below. I appear on The Sunset Strip with Noelle every Friday night around 9.30 pm CET, and it’s repeated every Sunday around 1..30am CET on The Sunday Brunch with Bob and Noelle. But if, heaven forbid, you miss them, you can always check in here to listen again. 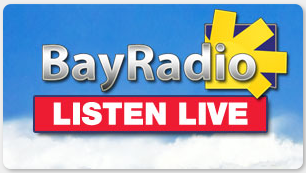 Whisper it softly, but the Chinese are coming. While the rest of the world suffers from the relentless economic downturn, the Dragon is flexing its talons.

Whilst it might not yet be quite ready to openly breathe fire over the ruins of the great American economy, it is nevertheless adept at stealth tactics that cut into the very fabric of a society that is no longer as ‘American as Apple pie’ but perhaps more akin to szechuan dumplings.

Let me give you some examples that will shock you.  These are three items I bought on our recent ‘Blue Odyssey’ trip to the U.S.A:

Can you see a theme developing here?  Exactly. And more frightening than that, these items are representative of things that are quintessentially American. So we have to ask, “where did it all go wrong?”

At what point was there a seismic shift from Home on the Range to a Ride in the Rickshaw?
Of course any weekend economist could tell that China has been on the rise for years, and a cursory glance at the F.T. will reveal the growth in market share, but were we really prepared for the ease in which they’d get the American dog to roll over and have its belly tickled?

When the last great democratic economy withers the way British shipbuilding and the Car industry did, it is patently clear there is no going back. So I think I’ve come up with a plan. They need to turn the Mississippi delta in a huge paddy field and sell rice to the Chinese.